Comic books, more than any other genre, are responsible for creating strong female characters. And many of the strongest female characters happen to be supervillains. More than femme fetales, these are often strong, powerful women who have amazing superpowers and can kick some serious ass. They also happen to be evil and, more often than not, out for revenge. Many a superhero has been tripped up by a beautiful but evil supervillain. And for every Lex Luthor there seems to be a Catwoman, for every Dr. Doom a Poison Ivy. So here is a list if the top 10 comic book female supervillains of all time.

Originally conceived as a female sidekick to the Joker for the 1990s animated Batman television series, Harley Quinn proved so popular that she moved into the Batman comic books as well. And it didn’t take long for Harley Quinn to get her own comic book series, and later a starring role in theBatman spin-off title Gotham City Sirens. Harley Quinn’s fandom is due to the fact that she is mischievous, revels in being bad and can kick some ass when she needs to. Harley Quinn is also the perfect female counterpoint to the Joker and has proven to be a handful for Batman. A brand new Harley Quinn comic is now in the works at DC Comics, and the character will be played by actress Margot Robbie in next summer’s blockbuster film Suicide Squad. 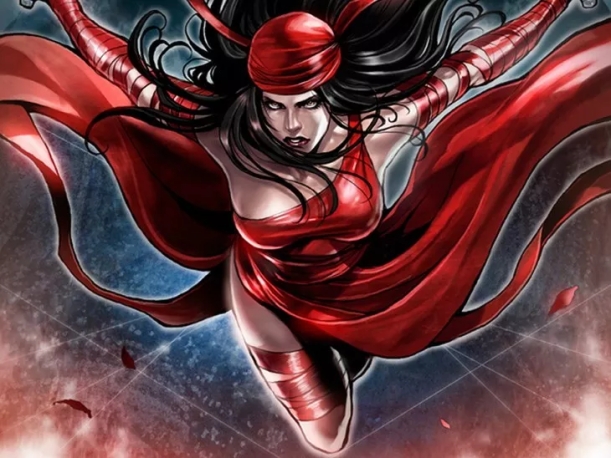 Who doesn’t love a female ninja assassin? For pure fighting spirit and ability, Elektra is one awesome female antagonist. And while she straddles the line between good and evil, she’s bad enough to warrant a spot on this list. Created by comic book genius Frank Miller in the early 1980s when he was writing the Daredevil series at Marvel Comics, Elektra was the love of Matt Murdock’s (aka Daredevil’s) life. She also had some epic battles against arch nemesis and fellow Frank Miller creation Bullseye. Elektra has also had several of her own comic book miniseries, appeared in Marvel titles ranging fromSpider-Man to The Punisher, and even had her own movie in 2005 where the character was played by actress Jennifer Garner. Cool, tough and sexy, it seems that it has never really mattered that the character of Elektra was killed off in Daredevil issue #181. The character is so popular she has defied death.

A sexy shape shifter who can change her appearance to emulate any woman or man she comes into contact with, Mystique has been a thorn in the side of the X-Men for years. A founding member of the Brotherhood of Evil Mutants and very close to its leader, Magneto, Mystique is the closest thing on this list to a femme fetale having used her feminine wiles to seduce men and get what she wants. However, Mystique is also the mother of X-Men character Nightcrawler and the stepmother of Rogue. This gives her a strong connection to the superhero team, which she has exploited on several occasions. The character has been effectively represented in the X-Men movies by actresses Rebecca Romijn and more recently Jennifer Lawrence, each of whom have kept the character’s sex appeal intact.

Is it us, or does Batman have a number of the best female supervillains? Here we come to the iconic Catwoman. While not an outright supervillain, Catwoman was introduced to readers of Batman comic books as a jewel thief. Over the years, she has manipulated, used and abused Bruce Wayne and Batman. And while she has, at times, teamed up with the Dark Knight and the two characters have even been lovers at times, Catwoman always ends up discarding Batman or hurting him once he’s served his purpose to her. A longtime fan favorite, Catwoman has surfaced in countless Batman titles as well as the last Batman movie—The Dark Knight Rises. And the character was given her own movie in 2004 starring actress Halle Berry in the titular role.

The Marvel comic equivalent of DC Comics’s Catwoman, Black Cat places a notch higher for being more vicious and more of a true supervillain. Black Cat also has super powers in that she can bring bad luck to her enemies thanks to an experiment carried out on her by Kingpin. Originally named Felicia Hardy, the character of Black Cat is the daughter of a renowned cat burglar who taught herself martial arts and has been a foe of Peter Parker since The Amazing Spider-Man issue #194 published in July 1979. She was ranked 27th on the Comics Buyer’s Guide’s 100 Sexiest Women in Comics list, and has proven extremely popular with Spider-Man readers. Black Cat starred opposite Wolverine in the mid-2000s comic book miniseries called Claws, and film writer/director Kevin Smith wrote a miniseries in 2002 called Spider-Man/Black Cat: The Evil that Men Do. The character of Black Cat was also featured in the 2014 movie The Amazing Spider-Man 2 and was played by actress Felicity Jones.

One of Thor’s greatest enemies, Enchantress has been giving the Son of Agard fits since she first appeared in Marvel Comics back in 1964. Originally sent by Odin to kill Thor’s human love interest, the character has spent much of her time in cahoots with Thor nemesis and half-brother Loki, as well as a charter member of the Masters of Evil. Armed with spells and enchantments, the character has frequently succeeded in getting Thor to do her bidding after putting him under various spells and states of hypnosis. Enchantress has also enslaved several members of the Avengers over the years and formed the all-female evil syndicate known as the Lady Liberators. Strong, confident and sexy, Enchantress is nevertheless a very bad person. Poor Thor… 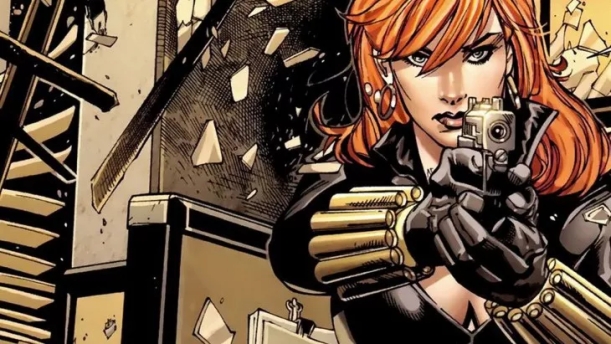 She may have been presented as a hero in The Avengers movies, but in the comic book world Black Widow has been a villain since the character was first introduced in Inhumans issue #5 in 1999. Black Widow then had her own comic book miniseries, as well as a miniseries with Daredevil. From her inception, Black Widow has been portrayed as an amoral Russian spy and super assassin. A cold-hearted mercenary, real name Natasha Romanoff, Black Widow kicks ass but also is ruthless and cruel—working for the highest bidder and screwing over or killing anyone who gets in her way. And after flirting with S.H.I.E.L.D. and the Avengers, the character of Black Widow actually joins forces with the evil group HYDRA and is genetically altered to give her the power to copy all of the superpowers of the Avengers, which she uses against the super group. Ouch. Not only is Black Widow one of the toughest female comic book villains, she is also one of the most diabolical.

It’s hard to argue with a name like Lady Deathstrike. But this is one badass female villain. And probably the villain that gives Wolverine a run for his money more than any other foe. Part of Wolverine’s Japanese mythology, Lady Deathstike’s real name is Yuriko Oyama, and she is the daughter of Lord Dark Wind, who created the adamantium-bonding process that was forced on Wolverine as part of the Weapon X project that turned his bone claws into indestructible metal. A self-styled warrior trained in the ninja arts, Lady Deathstrike hired the villain Spiral to bond adamantium to her own skeleton in addition to other cyber-genetic enhancements that essentially turned her into a female version of Wolverine, complete with her own set of deadly claws. Over the years, Lady Deathstrike has worked as a mercenary and assassin, and feels a need to prove herself by killing her rival Wolverine. And she’s come close on several occasions. The character has been featured in both the X-Men and Wolverine film series. Lady Deathstrike has been named one of the top 100 supervillains of all time on several lists of both male and female evildoers. Scary.

For sheer power, there is no badder female supervillain than Dark Phoenix. Introduced as part of an extended X-Men storyline that ran from Uncanny X-men issues # 129-138 in 1980, Dark Phoenix emerged from the X-Men character Jean Grey, who is exposed to the deadly radiation of a solar flare while on a mission in outer space. This brings the mutant telepathic powers of Jean Grey to a boil and the character is reborn as the ultra-powerful but sinister Dark Phoenix. Among her many powers, Dark Phoenix had the ability to go supernova and destroy everything in her path. Manipulated by the villains Mastermind and Emma Frost, Dark Phoenix is eventually killed, as is the character of Jean Grey, and this forever alters the X-Men and the characters of Cyclops and Wolverine, who each have strong feelings for Jean Grey. However, Jean Grey was later resurrected as part of the comic book X-Factor, which reunited the original members of the X-Men. Reincarnations of Dark Phoenix have surfaced in the X-Men and various comic book miniseries over the ensuing years, and elements of the Dark Phoenix saga were included in the X-Men movies. But whenever Dark Phoenix appears it always seems to portend doom for those involved.

Besides saving the world, they are just like us, they need money for living, food, drink, daily needs. I think the most expensive things are their beautiful costumes.

Unfortunately, they don’t get payed for saving the world. With their very unique ability, they definitely can get a part-time job for their living.

Sacha Goldberger is a genius, having combined fairy tale, science fiction, and comic book heroes with a 17th century penchant for frills. Well done! Look at those amazing costumes!  http://sachabada.com/portfolio/?portfolio=super-flemish-8

What if Superman was born in the sixteenth century? And what if the Hulk was a Duke? How might Van Eyck have portrayed Snow White?

Sacha’s discovery of these characters, which goes back to childhood, gave birth to a desire to re-appropriate them, to take them back to a time forming the cornerstone of modern western art. Sacha wants to confront these icons of American culture with contemporary painters of the Flemish school. The collection demonstrates the use of 17 century techniques counterpointing light and shadow to illustrate nobility and fragility of the super powerful of all times. It also invites you to celebrate the heroes of your childhood. These characters have become icons to reveal their humanity: tired of having to save the world without respite, promised to a destiny of endless immortality, forever trapped in their character.

The superheroes often live their lives cloaked in anonymity. These portraits give them a chance to « fix » their narcissism denied. By the temporal disturbance they produce, these images allow us to discover, under the patina of time, an unexpected melancholy of those who are to be invincible.

As science fiction meets history of art, time meets an inexhaustible desire for mythology, which is within each of us. 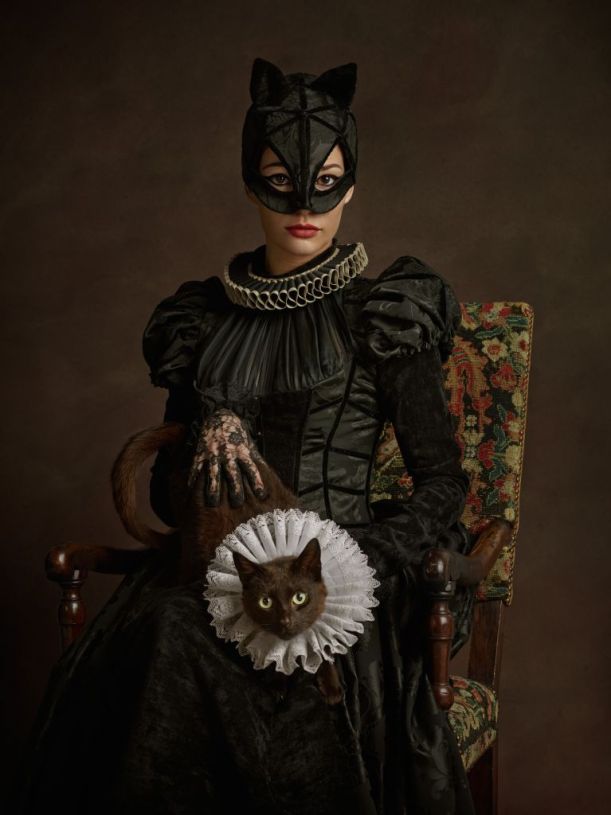 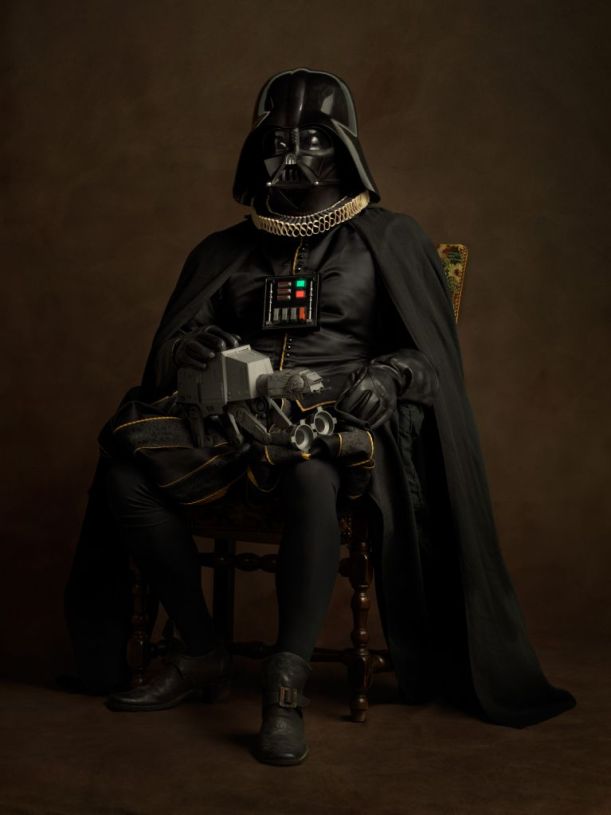 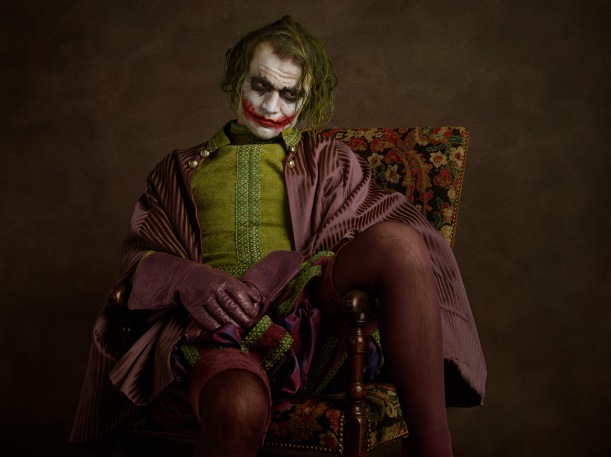 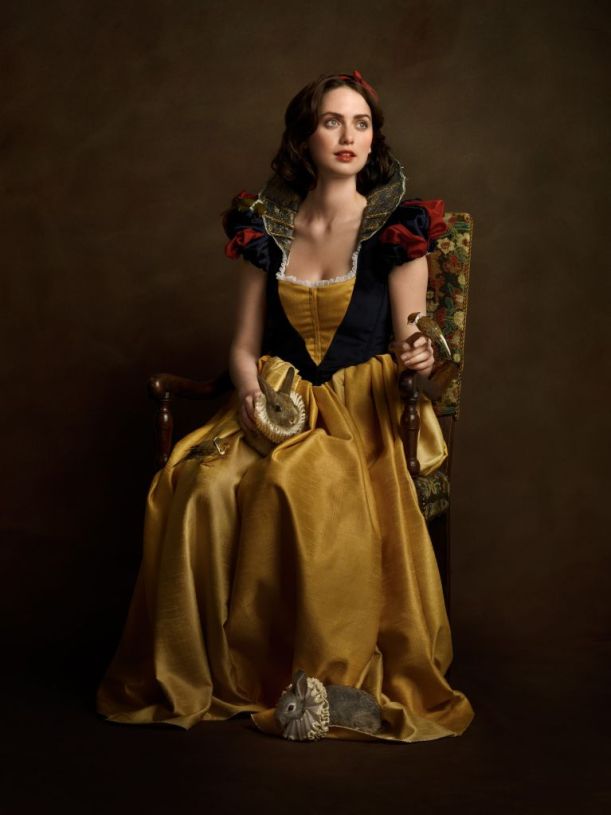 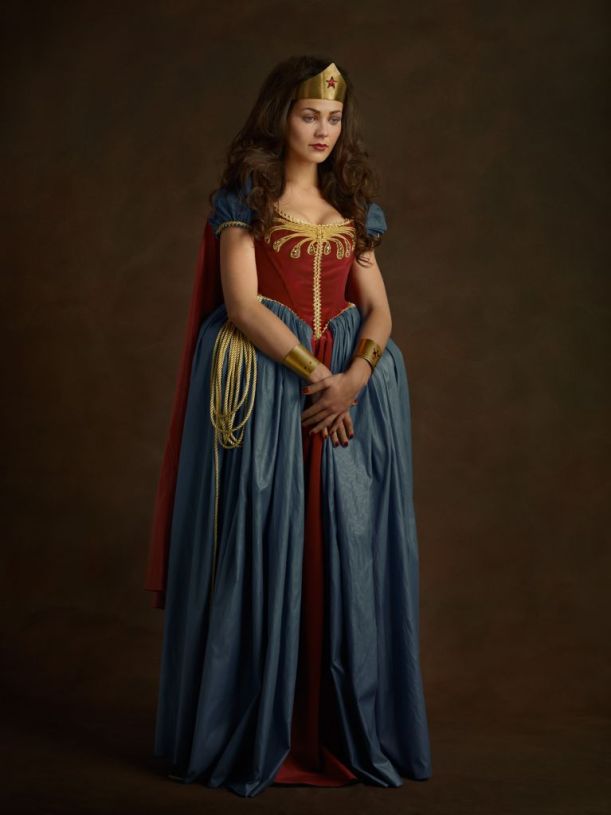 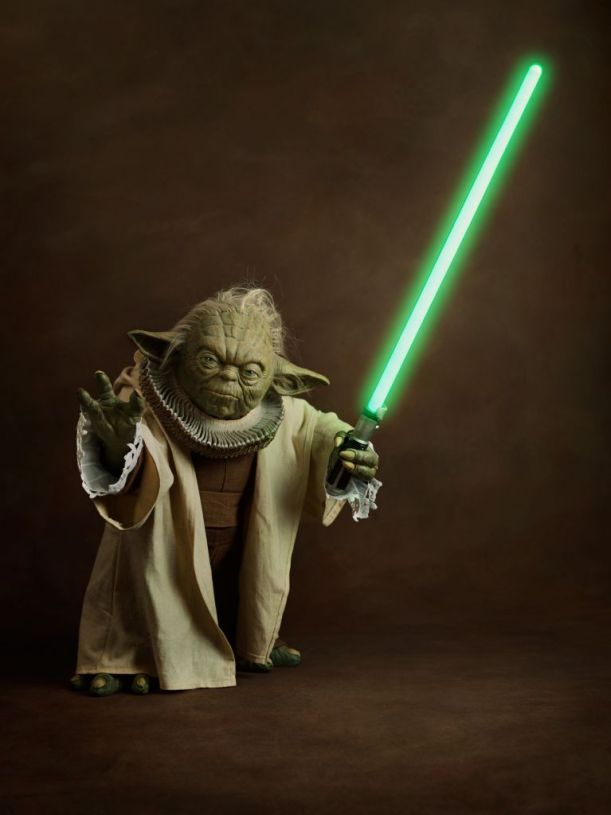